Opposite Mitsuharasha, the shop on the first floor decorated with French flags

I would appreciate it if you could feel that this encounter was a very valuable and meaningful encounter.

Please keep in touch with us until the end. 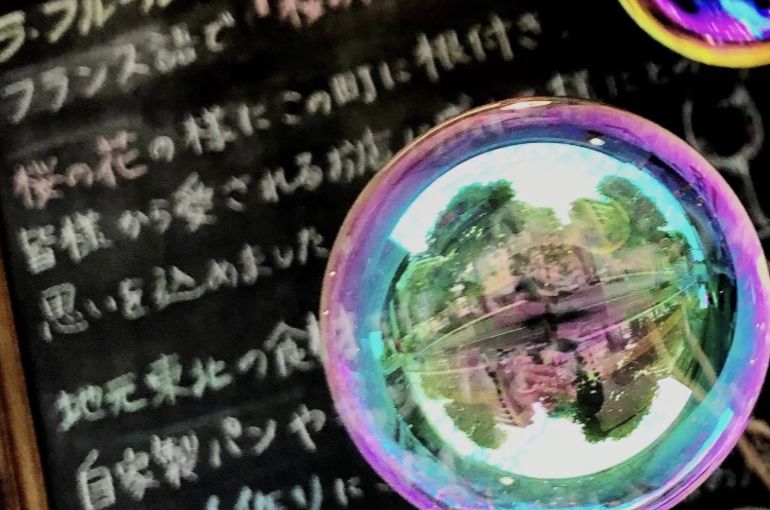 [Preserved food that makes use of seasonal ingredients]

Ingredients are one of the greatest blessings given by nature.

It is "season" for each season that you can feel it close to you.

Technologies such as cultivation methods, breed improvement, aquaculture, and distribution have progressed, and although we have entered an era where we can get what we want all year round, there are still ingredients that can only be enjoyed in this season.

There are many things we can learn from the old way of life, where seasonal ingredients were skillfully prepared, preserved, and devised so that they could be eaten for a long time.

Above all, the people who make the ingredients, the climate, and the matured flavors created by time give us a powerful taste that is different from fresh ingredients.

In addition, there is an irreplaceable pleasure in the preparation of handicrafts.

When you are satisfied with each step of the process, such as washing and pickling the rakkyo with mud one by one, making green plums into pickled plums, making pickled vegetables, and making jam with seasonal fruits. will give you

And the preserved food introduced this time will be "Compote".

Boil the fruit with sugar without losing its shape.

Cover the pot with a drop lid and simmer gently so that the fruits do not dance.

The point of compote making is to carefully remove the scum, and when it rises to the boil, let the broth cool and soak in the flavor.

①.Make the syrup. Put all the ingredients in a. into a pot and heat over medium heat. Once the granulated sugar has melted, lower the heat slightly and simmer for 4-5 minutes while stirring with a spoon.

② Peel the pear, leaving the stem, cut in half lengthwise, remove the core, and soak in lightly salted water.

③ Place the pears from ② side by side in an enameled pot or a stainless steel pot, and pour the syrup from ① on top. Add the ingredients in b., put it on low heat, cover with a paper lid, and simmer.

④.Simmer gently until the pear becomes translucent while skimming off the scum, then chill the broth together.

Boil the syrup and add scent such as cinnamon.

Smaller apples, such as the sour Kogyoku, are suitable.

If you use less sour apples, add a little more lemon to adjust the sourness.

①.Make the syrup. Put the ingredients in a. into a pan and heat over medium heat. When the granulated sugar has completely dissolved, reduce the heat slightly and simmer for 4-5 minutes while stirring with a spoon.

②. Peel the apples, leaving the stems, remove the core from the bottom with a chestnut extractor, and soak in salt water to prevent discoloration.

③. Arrange the apples from ② in a flat enamel or stainless steel pot, and pour the syrup from ① until they are covered.

⑤. Cut the cooking sheet to fit the size of the pot, make a hole in the middle, make a paper lid, and simmer over low heat.

⑥. Bring to a gentle boil and simmer for about 15 minutes. On the way, if the scum floats, scoop it frequently.

⑦.When the apples are translucent, transfer the broth to a glass bowl or the like, let it cool down, and store it in the refrigerator.

Thank you for reading for me until the end. Next time again, Lafleur de Slizier   See you on our blog! (o^^o)

We hope that the store will take root in this town like a cherry blossom and become a store that is loved by everyone.

I would appreciate it if you could be a shop that can help you. 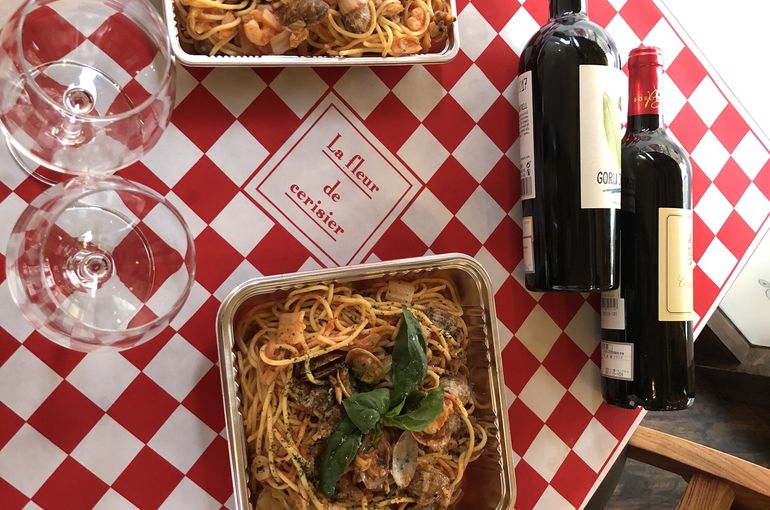