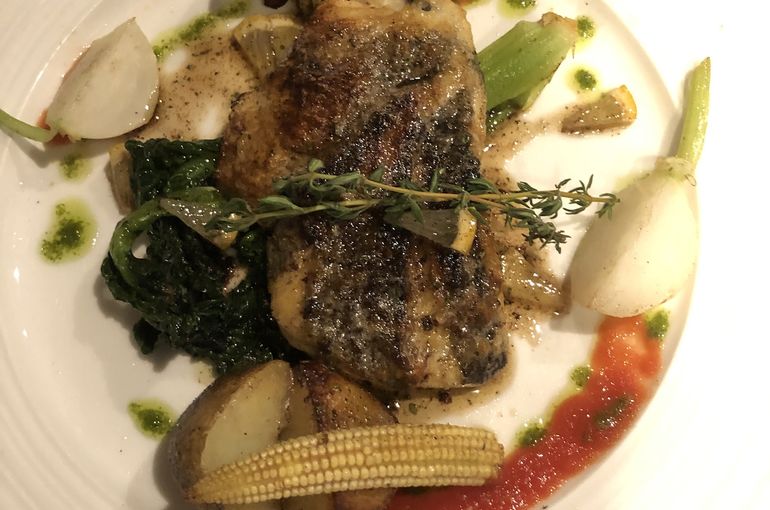 Today, I would like to introduce "Authentic French Cuisine Sauce" that you can easily make at home.

The first is the red wine sauce, which goes well with meat dishes, especially beef and duck meat.

The point is that by adding brown sugar inside, the richness and depth of red wine is brought out, making it a more tasty sauce.

①. Prepare the vegetables. Slice the onion and shallot respectively. Peel the garlic, cut it in half lengthwise, and remove the sprouts.

②. Put 30g of unsalted butter in a pan and heat to melt. Add garlic cut in half and fry over low heat to bring out the scent. When the garlic is lightly golden brown and scented, add sliced onions and shallot and fry over medium heat.

③. When the onions and shallot are tender, add red wine, sherry vinegar, and brown sugar, and simmer over medium to low heat to about 1/3 of the amount.

④. ③, which has been boiled to 1/3 amount, is strained and transferred to another pot. To finish, add salt and pepper to taste while heating the pot to the extent that it does not boil, and finally add butter to finish.

* What is Monte? [By adding butter to the finish of the sauce, you can add richness and butter flavor to the taste, and at the same time, add concentration and luster]

Next is "Red paprika sauce".

The sweetness and sourness of red paprika is fully brought out in this sauce.

It is a sauce that goes well with light chicken breast dishes, white fish, sautéed scallops, and other dishes.

①. Prepare the vegetables. Slice the red paprika and shallot (onions) respectively. After boiling the tomatoes, cut them into 5mm cubes.

* How to boil water. First, prepare ice water in a bowl and boiling water in a pot. Cut out the tomato calyx with a petty knife and put it in boiling water. (It takes enough hot water to cover the tomatoes.) After a few tens of seconds, the skin of the hollowed out part of the calyx will turn up a little. At that time, pull the tomatoes out of the hot water and immediately soak them in ice water. Then peel the tomatoes by hand. Cut the boiled tomatoes in half and pry out the seeds with a teaspoon. Take out the seeds and cut them into cubes.

②. Put 50g of unsalted butter in a pan and heat to fry sliced red paprika and shallot. When it comes soft, add diced tomatoes and estragon leaves and fry lightly. Put white wine in it and bring it to a boil to remove the alcohol once.

④. When the water is boiled, put ③ on a food processor and turn it into a puree.

⑤. Puree ④ is strained and transferred to a pan, and 50g of unsalted butter is added to warm it. Finish with salt and pepper to taste. 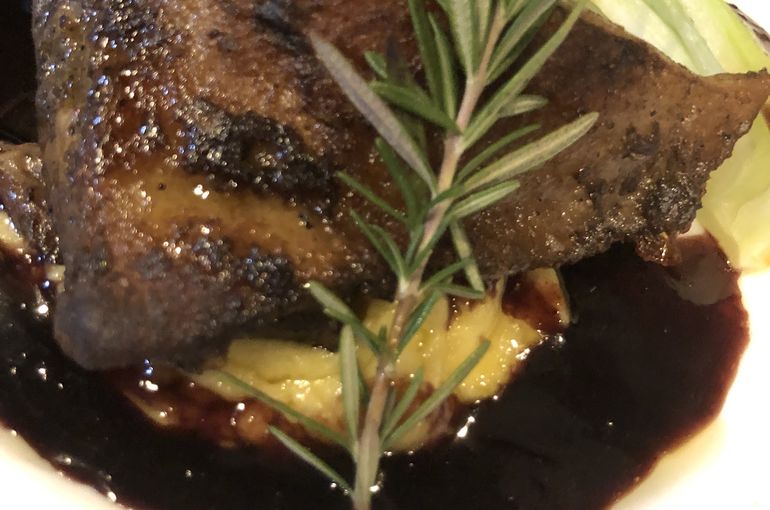